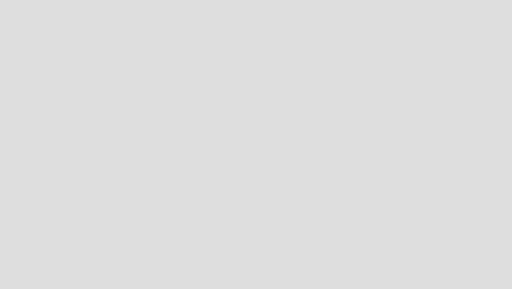 A Law Student’s Job Application: “We Are Expected to Beg for Lower Wages Than KYK Loan”

An image on social media* has attracted a lot of attention recently. The image was a paragraph of a reply to an email. It was a job application as understood from the recruiter’s answer. The author who we will call “Neşe Hanım” in this article  is a student from the  Ankara University Faculty of Law.

Our co-worker Mert Batur, interviewed Neşe and learned about the story’s details and talked  about the problems students currently face.

*Mrs. Neşe, have a nice day. We evaluated your application. You have stated that if you learn about our working conditions and then if it is suitable for you, then you will consider working. We do not find it appropriate to work with you in light of the informal language you use as if you are the employer, not us. We wish you luck.

The answer you received during a job application was posted many times on Twitter. What is the story behind  this email?

I thought it would be useful for me to work in an office in order not to waste time during the summer vacation. I sent emails to several lawyers who wanted to work with the students on the announcement page of the Bar Association. I wanted to know what the law firm would contribute to me. As you know, there are many areas in law. I did not want to work in an office specialized in a field that I was not interested in. The phrase described as informal is exactly as follows: “Since there is not enough information in the advertisement, I would like to learn about and evaluate your working conditions to ensure that it would be suitable for me”.  I shouldn’t beg to work in a place where I predict it would pay even lower than the monthly KYK loan.

“White-collar” employees do not technically produce any added value, but for free or funny wages, they make a profit for   the lawyer running the firm. I was thinking that instead of the boss earning money and my labor to be exploited, I would improve myself. I was very surprised by the answer I received. The job advertisement was saying: “We are looking for a fellow worker”. This “we are the employer” attitude in the answer given to me was a sudden change. I did not even need to answer, but I was angry at this attitude and I wanted to post it on my social media account. If two or three trainees or students saw this post, I thought it would be beneficial for them, they might be more daring in their next applications.

Many social media accounts posted my email. As far as I can follow, it has received 50,000 interactions across different accounts, has been seen by over a million people, and has received hundreds of responses. I wasn’t expecting this much, but I am happy. Knowing that many people have experiences similar to mine prevented me from feeling alone. Unfortunately, the market is full of those people who see labor exploitation as natural. They expect us to beg and cry to be hired without even telling us our working conditions. It was to my advantage that I didn’t need work and money urgently.  But not all people are like me, they need money, so they have to endure it. It was especially hopeful to see the people who posted the emails afterwards. By acting organized, I saw that this situation could turn into a revolt.

Faculty of Law students also have difficulties in business life. License extortion, long hours of work, free or very low wages … How does this affect students?

Molierac has a saying: “Lawyers do not use slaves; but also they don’t have any masters.” I wish it was so! But in the mail issue, it was revealed that the lawyers are both slaves and masters. I previously worked in an office on intellectual and industrial rights, trademark patents. In such new areas, young lawyers are considered to have less of a chance against older, more experienced competition. So there is the KVKK (Law on Protection of Personal Data) information etc. However, as the subject becomes specific, monopolization increases. In other words, a young lawyer can not have an opportunity to work in this field. The application in the micro area is reflected in the macro area proportionally. Although monopolization in larger fields-such as criminal law, commercial law, business law- is not so obvious, we see that this area is still closed to young people. When young lawyers work independently, they mostly earn their livelihood from the CMK (Criminal Court Law), they cannot get many files. At this point, lawyers cannot establish a relationship between judges and prosecutors and peers. Senior and lawyers with their own firms also treat workers and young lawyers as if they are beneath them in a strict hierarchy.  This situation is inevitably reflected in the economy. We have to work as a salaried lawyer for a firm. As the pool of the unemployed grows, employers are pushing their limits as in every sector. It leads to a nominal and real decrease in wages. Lack of assurances and social rights, increasing working hours and workload…

In short, while in the Faculty, many students psychologically feel that they have to work.  It is difficult to get a job these days. We compete against each other, and we work in offices for free, thinking we can go one step further. Moreover, just as we do not charge, we are also treated as if we are troublemakers and expected to be grateful. When we receive travel money (100 TL per month maybe) it seems like a blessing.

The Ankara University  administration calls the police to the school at every opportunity, security guards hit the students with truncheons. The administration opens files about the students and informs the government. Two years ago, one of the university clubs would perform a theater play: “Bana Bir Şeyhler Oluyor”** The dean stated that the word “sheikh” in the title is not  appropriate and that it insulted religious values. The play was banned, and could not be staged.

Establishing a club was already banned. We are told to go to one of the existing clubs. The administration, which had unlimited discretion, had previously examined the students who wanted to establish a club and prevented it as they wished. In some cases, if a club is established, financial support is not provided, and social activities are restricted by procedures due to the severe conditions of allocation of halls. For this reason, the lack of artistic and cultural activities minimizes the student-university administration relationship. The academic staff has changed a lot due to academic purges. We cannot reach teachers, and when we reach them, we are not respected.

Thank you for sharing your experiences with us and accepting to participate in the interview.